Five Banking As A Service Trends To Watch In 2022

Treasury Prime CEO Chris Dean predicts where BaaS will go this year and beyond. 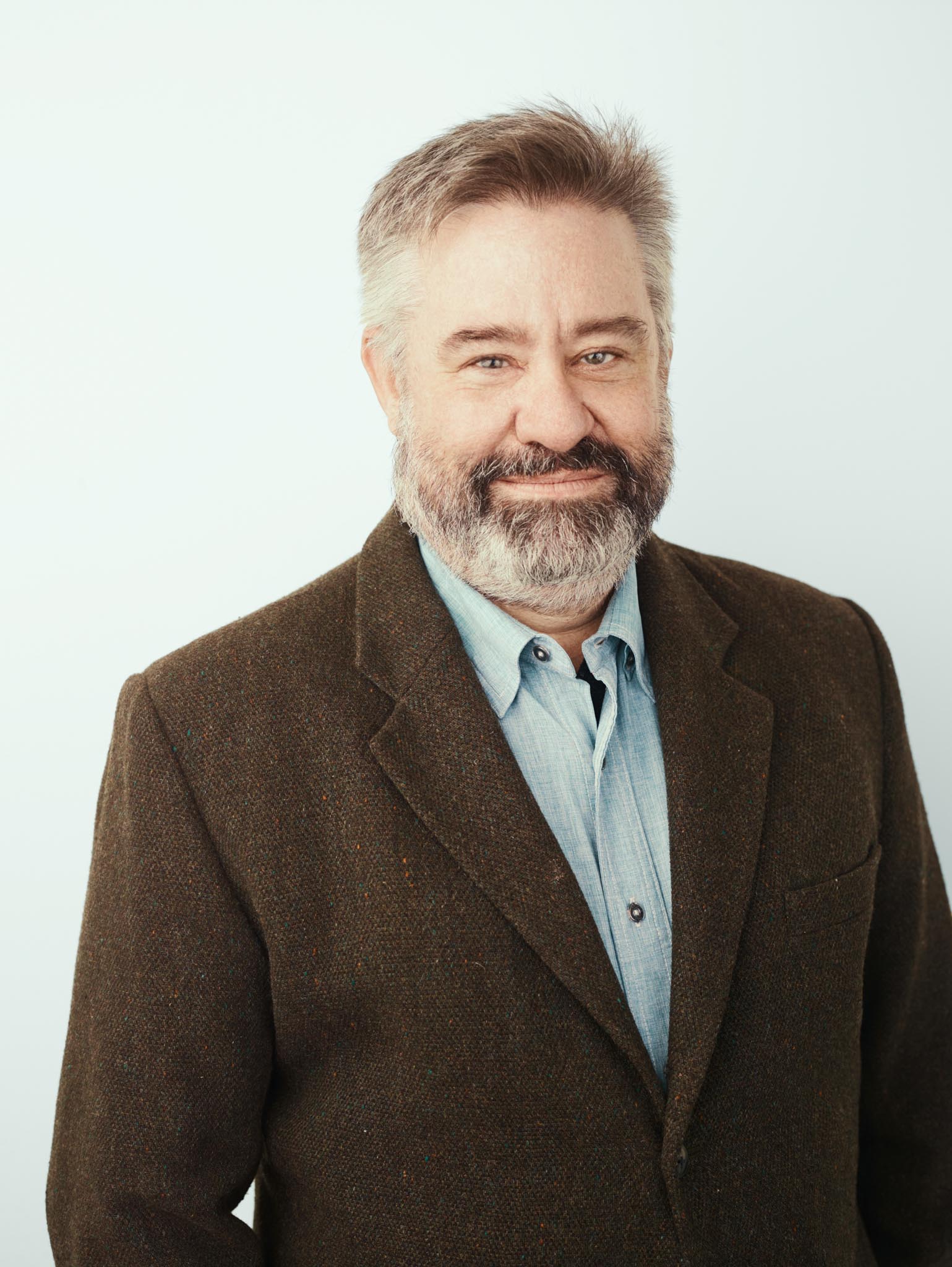 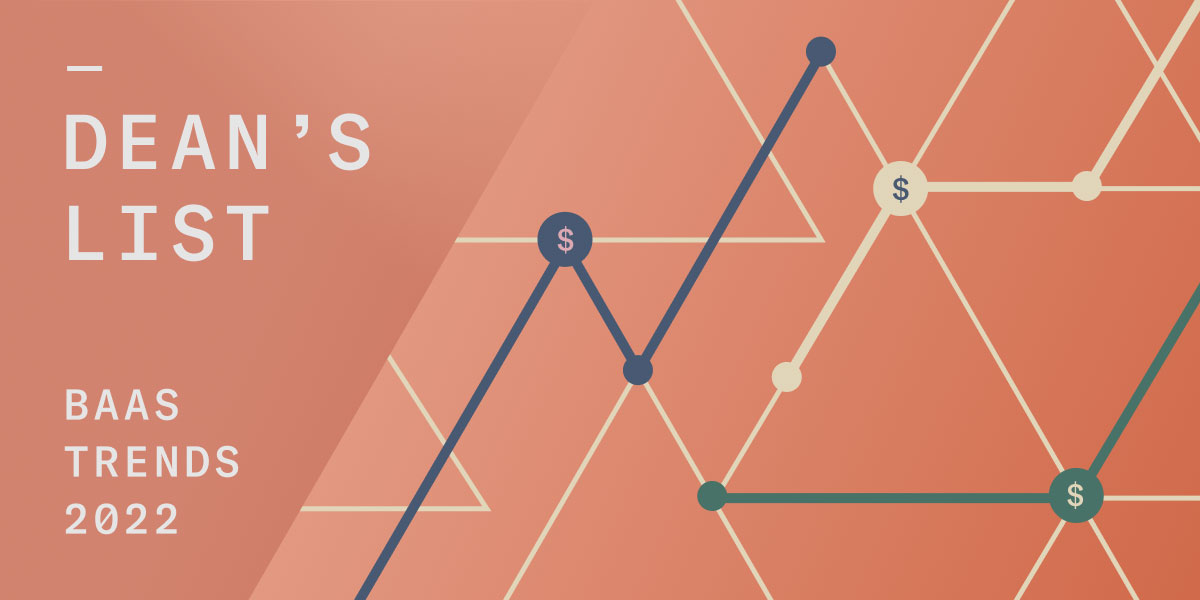 But the idea behind pets.com wasn’t the problem. The idea is solid and has found traction as e-commerce has matured. Launched about a decade after pets.com, Chewy is basically the same concept — just a lucrative version of it.

The real wisdom here is that you can’t predict everything. There are great ideas that fail because consumers aren’t ready, or because of bad execution. Fast-growing markets like fintech have ample room for both progress and missteps.

The fintech and banking as a service (BaaS) markets have boomed during the pandemic. Covid-19 precautions, as well as the desire for faster access to government aid, have driven consumers to seek digital-first financial services. Venture capitalists (VCs) have kept pace with demand. Q1 2021 was, at the time, the largest funding quarter for fintech ever with $22.8 billion raised. Through Q3, fintechs had raised a record $96.5 billion, and global fintech funding for all of 2021 hit $131.5 billion.

With talk of recession on the horizon, what does the fintech crystal ball hold for 2022 — and beyond? What can we reasonably predict, and what do we still not know? Here are my thoughts, based on 25 years in the tech and finance industries and my experience as the CEO of Treasury Prime, a leading BaaS company.

It seems clear as economic turmoil and macro effects happen that the volume of payments will likely decrease in the near term. However, payment innovation is still a real thing and nothing is going to stop the momentum that is already underway.

Most of our fintech clients use electronic payments (ACH) as a revenue center — when I say fintech I’m talking about any company that moves money on their business platform, including embedded finance companies — So if anything, they're doubling down on this channel because they realize that as times get hard, they want to invest in their most efficient and profitable products.

Banks are also shifting their focus to electronic payments. The number of physical branches will continue to decrease, while the volume of what they do electronically will increase.

If you look at the bigger picture, venture firms predict that fintechs will be generating an additional trillion dollars of deposits in the next few years — that's an astounding number. That's 5% of total deposits in the U.S., and this is just the beginning. This is becoming a big enough channel now that if banks ignore it, there would be big trouble for them.

What I think will happen over the next couple of years is that the number of bank branches will continue to decrease, while the volume of transactions that they do electronically will increase. The channel is going to change substantially, because it's so much more efficient to handle payments electronically than standing up a new building, and it leads to more profits.

As for other trendlines we’re watching: The “aha” moment for me and my co-founder Jim Brusstar was when we foresaw that open banking and fintechs would start to take over more and more of the daily banking transactions in the U.S. We created a common protocol at Treasury Prime that connected a network of banks to fintechs. It took us three and a half years of hard work to set up the network, helping fintechs to work with banks to open bank accounts and issue debit cards, make payments, and accrue deposits. Now, our network effect is thriving, and what we're looking at is the credit side of the business, which is just as interesting as the deposit side.

We've helped banks acquire great deposits very cheaply, reducing the cost down to just a few dollars as opposed to thousands. But the credit side can be exactly the same because they have these deposits now that they can lend out. That’s how banking works; people still need loans, and we foresee high growth on the lending side too. And because we have an existing network, making these loan products is much easier than it would have been 5 or 10 years ago. I foresee a lot of innovation in this sector in the next year.

Banking on your phone is easier than traveling to the nearest bank branch. What’s easier than mobile banking? Accessing financial tools wherever you need them — including within nonfinancial apps.

The embedded finance market is forecast to be worth over $138 billion by 2026, and possibly trillions by 2030, according to analysts. What makes embedded finance so successful (aside from convenience for users) is companies that embed financial tools are starting with user bases that already need them.

3. Fintech will pull ahead in the U.S. and then face more scrutiny.

The United States has more than 10,000 depository institutions, many of them community banks. That makes for a highly fragmented financial system and has created hurdles to innovation. When there are so many banks, each with its own aging technology, it’s harder to build a streamlined digital experience for all depositors.

That’s changing. Consumers are more comfortable than ever with mobile banking, and investors are both flush with funding and highly interested in fintech startups. This combination of trends means there are more fintech options than ever. More activity means more visibility — including from regulators.

In other words, he’s saying fintech should be more regulated. Fintechs and embedded banking companies need to prepare for this by building up their compliance offerings.

4. Banks will dip their toes into BaaS.

Banking as a service, the back-end wizardry of the fintech industry, has traditionally been the realm of tech companies. But with fintech booming, I foresee banks wanting to expand from the role of bank partner to also serve as BaaS provider. Expect to see at least one major bank dip its toe into building its own banking application programming interfaces. HSBC is already taking this step as of October, which could be a harbinger of a trend.

But can banks succeed as builders of BaaS platforms? I doubt it. They are highly regulated institutions with often decades-old technical infrastructure. The giants of finance are not known for experimentation or innovation.

5. Banks and fintechs will need each other more than ever.

Banks are still the foundation of the U.S. financial system. They hold an oligopoly on charters, allowing them to dictate the terms of their contracts with fintech companies. Banks have the power to end their partnerships with fintechs if they deem a relationship to be too risky or unprofitable. They also hold the deposits needed to continue influencing regulators. None of that is changing anytime soon.

Larger fintech companies are coming into their own, but with limits. They provide a lot of value to their bank partners by facilitating new account openings, and so they have leverage in their contracts. Still, they will need to negotiate heavily with banks to get what they want out of the relationship. They also have to be wary not to misrepresent themselves as banks, as regulators increasingly call for stricter oversight of fintechs. The role BaaS companies play by providing technology linking fintechs to multiple banks and compliance providers will only grow in 2022, in my opinion.

Ultimately, banks, fintechs and BaaS companies are most efficient when they work with each other to minimize risk, stay compliant and provide the modern financial products consumers want.

All these trends are likely to push forward. At the same time, fintech will surely turn new corners. Always leave room for the unexpected.

To learn more about how Treasury Prime can help your fintech grow through collaboration with banks, get in touch with our team. Developers interested in using Treasury Prime’s tools can familiarize themselves with our offerings by visiting our Sandbox.‍