A change in hiring, interview, and cultural practices moved the DE&I needle at Treasury Prime 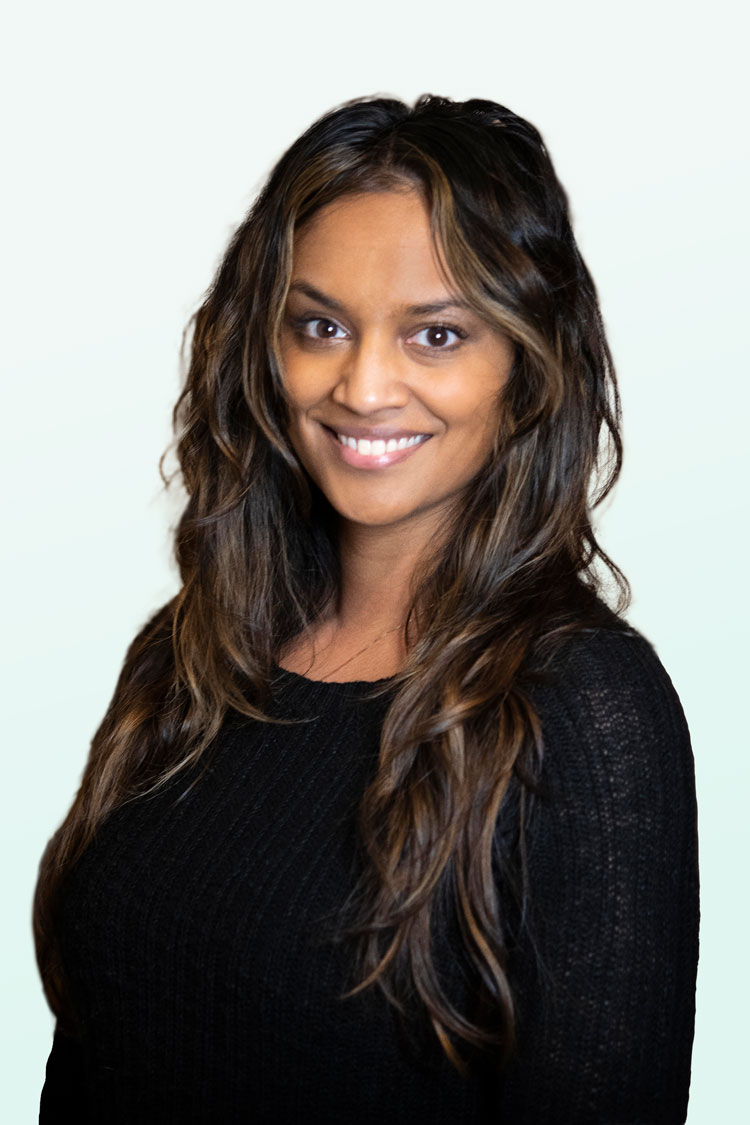 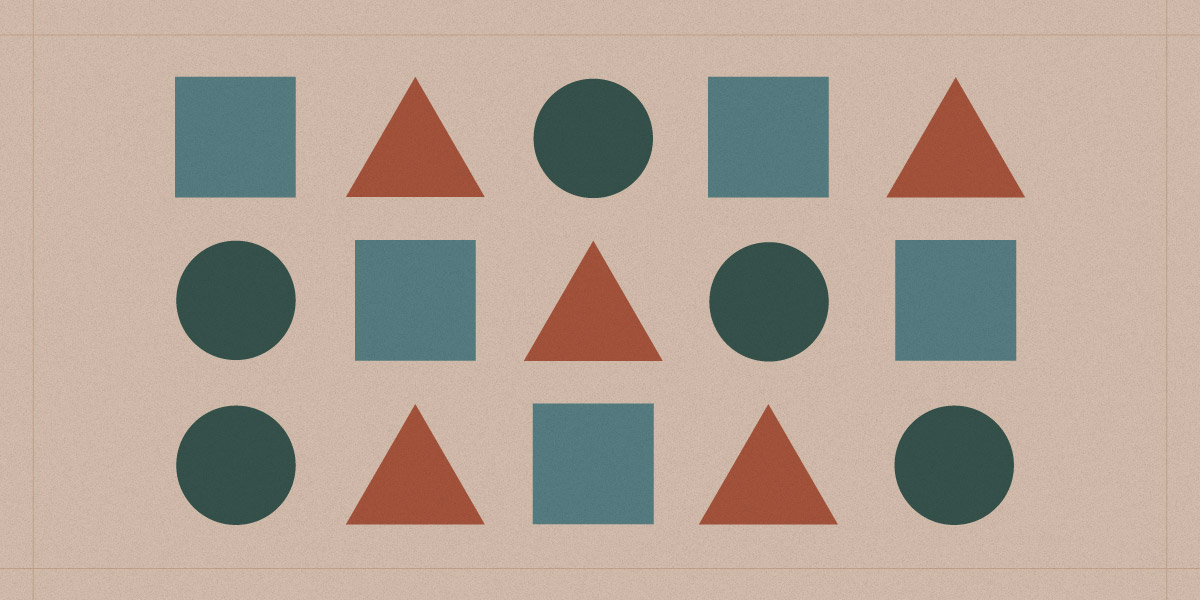 It’s clear that there is a lack of diversity in tech, and as a result, far-reaching inequity. The question is, what can we do about it? Despite companies touting more aggressive Diversity, Equity and Inclusion (DE&I) efforts, the results are still lagging. We decided to tackle this issue head-on at Treasury Prime, and found that deploying new processes during recruiting and after hiring can literally change the face of tech.

By making a commitment to improving DE&I, we were able to move the needle in a significant way after we made changes to our hiring and cultural practices. In a year, our percentage of people of color (POC) on staff rose 64%, and our representation of women increased 44%, to above industry average. This was also reflected in company leadership as well. Here’s how we did it.

Why does diversity, equity, and inclusion in tech matter?

You’ve heard the numbers and they’re eye-opening: While female founders in the U.S. raised nearly $7 billion in funding in 2021, that only constituted 2.1% of all venture capital funding. And of the top 1000 leading fintechs, only 68 have a female CEO and only 11% of board members are women. At leading tech companies like Google, only 6% of employees identified as Black while 7% identified as Latinx less than two years ago.

Without any seats at the table for diverse voices, teams miss out on important opinions, perspectives, and talents that reflect and uphold the growing diversity we see reflected in American society today. People are not a monolith, and the brands, services, and products being sold to them shouldn’t be either.

And of course, there are also clear moral and ethical implications. If only white cis men are seen as fit to be leaders and hold positions of authority, how do we ensure that women, non-binary, people of color, and other minorities are afforded the same opportunities? How do hiring practices empower the underprivileged or alternatively educated to get a foot in the door?

At Treasury Prime, we aim to not only transform the way banking is done in this country, but to do so with a team built with diversity at the forefront.

Fixing an issue as widespread as diversity, equity, and inclusion in tech — and in most STEM-related fields generally — won’t happen overnight, but there are a lot of things that companies can do to avoid the common pitfalls that contribute to a more homogenous workforce.

Having internal buy-in for an undertaking as complex as DE&I is vital. The issue impacts company culture and hiring practices, and requires cross-functional resourcing. Alignment between all decision-makers ensures that DE&I is a top priority and should be treated as such.

When I joined Treasury Prime nearly a year ago, we were a very small team, but it was made clear that leadership wanted DE&I to be woven into the company’s culture. However, there wasn’t a curriculum in place and the Treasury Prime executive team wanted to walk the talk.

Immediately, I was given the opportunity to get my DEI certification through Cornell University and kickstart our DEI initiatives, and I gave a presentation on unconscious bias to the entire company.

Unconscious bias describes notions or stereotypes we have about certain individuals or groups of people that are outside of our conscious control and awareness. Unconscious bias can be influenced by a number of factors, including upbringing, previous interpersonal experiences, media consumption, and more. It’s important to note that unconscious bias doesn’t only affect your perception of gender or ethnicity, it can also influence snap judgments about people of certain religions, sexual orientations, or physical appearance (like height or weight).

One of the first and most important steps in combating unconscious bias is acknowledging that it exists in the first place. We all have them. Oftentimes, the unconscious biases that we hold in our personal lives creep out into our professional lives and that’s why it’s so important to build a nuanced hiring process that enables your employees to understand their own unconscious biases and how to separate that from the candidate and interview process as a whole.

If at all possible, once buy-in is achieved, seek out resources in DEI training to more effectively prepare your colleagues for interviews and in-office conduct.

A few things to consider when attempting to design an ideal interview process:

First, when interviewing, don’t look for a culture fit. I like to think of the example of a “melting pot” versus a “salad bowl”. When interviewing, the goal isn’t necessarily to hire people who will fit or melt into our current culture, but rather to identify people who may add to the culture. A good candidate may not have the same personality or skill set as others on the team, but they may have complementary skills and traits that make them a great fit.

Second, think about how candidates are being found. In my experience, specific job boards geared towards specific demographics like the LGBTQIA+ community or women in tech tend to not result in a lot of applications. Don’t discount them though — by sharing openings to these boards, they at least show that your company is actively pursuing candidates of diverse backgrounds.

Something to consider, while more manual, is working with your team to define specific queries when doing online searches for candidates and also taking the time to look deeply into candidates’ backgrounds. Do they identify with a specific community, what are they passionate about, and what can you get from a person that isn’t necessarily spelled out on their resume? And if your team is lacking in a specific way, a more handpicked approach may fill in those gaps more effectively.

Referrals can also oftentimes be biased in and of themselves. Referrals tend to be friends, so we may recommend candidates regardless of DEI best practices. At Treasury Prime, we make it clear to employees that referrals are always accepted, but to remember to prioritize diverse referrals and those who may come from underrepresented communities.

Third, make sure that both candidates and interviewers are set up for success and feel confident about the entire hiring process. Previously, candidates never got a chance to meet anyone from the Treasury Prime team before working on a take-home assignment. Now, candidates speak to me or someone else on the talent acquisition team to give them insight into the position and to get them excited about joining us. Interviewers are also prepped with appropriate questions, checklists, and a more structured interview flow that is more equitable for all candidates.

Included in this new process is a scoring system that allows our candidates to be evaluated in different ways. We know that some candidates will be strong technically but may feel less versed in behavioral questions, or some candidates may have a less developed skillset, yet have the aptitude and enthusiasm to grow into the role. For me, enthusiasm and passion around what the role is and what the company is doing are incredibly important, and having a system that can make that clear is very useful.

In the final round, members of our talent acquisition team are always involved in candidate debriefs with hiring managers. By being present for these debriefs, we can ensure that any rhetoric isn’t harmful to candidates. For example, if an interviewer makes a judgment call based on a person’s physical appearance, we can course correct. Having a member of your talent acquisition team present for these discussions can help prevent bias creeping, unconscious, or otherwise.

An investment in DEI is just that: An investment. It’s crucial that the measures being taken are having an impact and that feedback is being listened to.

At Treasury Prime, we regularly survey our teammates to get a pulse on how they’re feeling. Are our efforts being felt, what could we improve, and what else would our teammates want to see?

Oftentimes in a startup environment, things move so quickly that I recommend holding your team accountable and looking at data to better inform how to move forward in the most impactful way.

An important part of retaining talent is compensating employees well and fairly.

At Treasury Prime, we ensure our team is well taken care of by tracking industry-leading data for compensation in every relevant job function. We also have instituted a company-wide review policy to grant merit-based raises and equity refreshers.

Compensation and what is aligned with business needs will look different at every company, however, an underpinning of transparency and generosity will count for a lot.

As with many startups, growth can come at a dizzying pace. Putting standardized systems into place both for hiring and onboarding can ensure that DEI practices are adhered to.

At Treasury Prime, for instance, we make sure that hiring managers are equipped with interview checklists and that they also have a 30, 60, and 90-day plan in place for new hires, while also pairing new hires with a more seasoned buddy as a resource.

Establishing a framework early will only make it easier to scale DEI and hiring practices in the future.

Treasury Prime is a remote-first company with a widely distributed team across North America.

Having a remote-first culture has only made hiring a more diverse team even easier. With an anchor in Silicon Valley, knowing that we can hire someone who may not feasibly be able to move to that area allows us to tap into candidates that we may never have been able to consider just a few years ago.

If your company is considering going remote or is open to remote hiring, I can only recommend it.

Combining what we’ve discussed above — a more structured and equitable hiring framework, bias training, and team buy-in — can all lead to material impact.

This chart shows the change within Treasury Prime from July 2021 and July 2022.
‍

While there is room for improvement, we’re excited to continue in the right direction.

If you’re interested in joining the Treasury Prime team or adding your voice to another tech company, my biggest piece of advice is: Be authentic.

Your voice has value. Be vulnerable, be honest, and be transparent. Growing a team means getting to know someone on a personal level, and by being yourself, you allow that to happen.

Treasury Prime is building a modern financial network for the future. If you're passionate about growing with a company that values its people, join us.